skip to main | skip to sidebar

There is a creepy old Russian man who yells at me and judges me every day. He rides his bike everywhere at all times of the year (which is actually a NICE thing about him)and I'm certain that one day HE is going to run into ME. Crazy-Russian-biker-mobster-dude lives down the street and is responsible for getting his grandson on and off the bus each morning and afternoon. I'm not sure what else he is responsible for each day, though he does find it necessary to comment on just about everything I do (or DO NOT DO) and he is CLEARLY unimpressed with me and my--mothering parenting the way I choose to parent my children.

Every morning he yells, "Despierte" (?) or something he THINKS I should know in Russian and viciously indicates with arms flailing that my children should walk down the driveway and around the yard instead of through the yard to get the bus each morning. "Profesora..." he chants as I just nod and smile and pray to GOD that the bus will come before he A. judges me for EVERYTHING or 2. I have a breakdown. Several posts ago (okay..."several" in this case is like FIFTY, but you know what I mean and if you DON'T, for the love of all that is good in this world could you PLEASE PRETEND to know?!) I wrote about how HORRIBLE mornings are around here and on our particularly bad days, I find myself fighting the urge to cuss out crazy-old-Russian mobster (yes, I believe he is in the mob which doesn't bode well for me, I know. Of course, I would take a mob boss over an irate, underrested mom ANY day, but that is because I KNOW what we are capable of--ESPECIALLY when we are being judged on our parenting. BRING IT, old man...is what I say under my breath on THOSE days, but usually I am as polite as I possibly could be and encourage my children to be polite as well.

The problem is, crazy-Russian-biker-mobster-dude isn't happy with pleasantries and judgment. Crazy-Russian-biker-mobster-dude wants MORE. "I FRIEND, " he yells at my children every morning. "Despierte...I FRIEND. YOU LIKE--I FRIEND?" and shakes his head disgustedly when I don't respond the way he thinks I should. I'm really not sure what he wants here--My children all say good morning and we are all VERY polite--unless it's one of THOSE mornings. If it is one of THOSE mornings, I mutter under my breath like a twelve-year-old and shake my head at the ground while intermittently...urging my children to hurry. Okay--you know me better than that. I scream for my children to get ready like the maniacal post-menopausal, sleep-deprived lunatic I am and say "GOOD MORNING." as I sneer to myself and mutter, "I don't know what else you WANT from me Old Man...we SAID good morning..."

We first...met...our kindly old neighbor (or pain-in-the-ass-crazy-Russian stalker) when we first moved here and waited for the bus for the first time. I urged my children to make eye contact and to be respectful as he indicated by gesturing vigorously that my children were not dressed appropriately for the weather and that they should not be standing on our lawn because of the morning dew. We live on the corner of two roads that have cul-de-sacs and our yard is on both streets. The bus stops next to our lawn. If you care (which I can't imagine that you DO), the shortest distance between two points is a straight line, which my children know all too well. I COULD make them only walk in the street and I COULD make them stay off of the grass, but I don't WANT to. I DON'T CARE if they are in the lawn and I DON'T CARE if the morning dew dampens their shoes. I don't care because the SECOND they are on that bus they are doing eighty-five things I do not want them to do and there is SO MUCH I need to fight with them about in the morning--THAT is not important to me. WHY would I spend time fighting about that when the SECOND they get OFF the bus at school, they are going to barrel through the dewy lawn since I am not there to tell them not to?

I fight with them EVERY morning about wearing coats/hats/mittens/SHOES/ CLOTHES..., so sometimes I compromise. Sometimes. Of course, no matter what jacket I have them pick, it is never the right one for my Russian friend--oh no. HE indicates on a fairly regular basis that I am an idiot of a mother who does not know how to parent properly. Tell me something I DON'T know old man.

The BEST was the snowy, wintry day that Addison INSISTED on wearing a sleeveless dress to bring her brother and sister to school. I made her wear a sweater and a winter coat OVER said dress, and we debated for what felt like YEARS until she was willing to agree to those terms. I dropped the two off at school and as I was pulling into the development, my "friend" was waiting in front of my house. He indicated that I should roll down my window. Did I mention that Addison had stripped down to the sleeveless dress and even took off her tights and shoes? Of COURSE she did. I sighed, rolled down the window and he LITERALLY tsked while wagging his finger at me. HE TSKED ME. That SONOFA...TSKED at me. Addison proudly waved and showed her bare feet. Thanks, Addie! Crazy-Russian-biker-mobster-dude walked away, tsking and shaking his head from side to side while waving his arms in the air. "Keep walkin' old man!" I muttered as Addison giggled with glee.

A few weeks later, he accosted my husband at the mailbox. "You...[wildly indicates a driving motion] me..." and walks to our car door. After about five minutes, my husband came in to get his keys and said, "I think crazy-Russian-biker-mobster-dude needs a ride somewhere. He just got into our car and is waiting for me to drive him!" Sure enough, my husband drove him to church (a story HE would have to tell!) one Wednesday night while CRBMD said, "I friend..." the entire way there.

He is not always crabby and judgmental. On Halloween this year he brought out BOWLS of candy and said, "I FRIEND" as he walked with us around the culdesac. That wasn't so bad until Addison ran ahead and tripped on the Batman cape of her "Batman meets Snow White" costume and landed on her face. THAT wasn't so nice and CRBMD seemed put out that we needed to stop pretending to understand what he was saying so that we could tend to the small, crying, bleeding child. We left CRBMD in the dust tsking back to his home.

One morning (not one of THOSE mornings) a few weeks ago, CRBMD indicated that my kids should come closer to him while saying, "I FRIEND. Profesora...I FRIEND..." HERE'S where it gets tricky. I expect my children to be respectful, especially to their elders and I [generally speaking--I swear!]do the same. HOWEVER...he IS crazy-Russian-biker-mobster-dude AND my daughter is...well...MY DAUGHTER, and she did what he said and then gave him a hug (as he indicated he wanted one), BUT...I don't WANT her to feel like she has to give a hug to crazy-Russian-biker-mobster-dude or ANYONE for that matter. Of course, she is part of an Italian family so she is used to hugging and kissing complete strangers, but at least most of those people are FAMILY, right? That reminds me--crazy-Russian-biker-mobster-dude often shakes his head and says something like "You love the Mussalini?" to me and has mentioned Hitler as well, because he THINKS my husband is German. We all know how EVERY Italian LOVES Mussolini and EVERY German is so proud of Hitler (does ANYONE like Hitler really?! The fact that we are NOT German and try not to sterotype people so blatantly aside, I'm pretty much certain that EVERYONE who is not a hate monger or supremacist is NOT a fan of Hitler)--I never mentioned Stalin to him, though it may come up one morning. "Your Stalin-loving butt better stay OUT of my yard and AWAY from my children or I will get my Hitler-loving husband to throw my beloved picture of Mussolini at you!" HIGHLY inappropriate, I know, but it could prove to be effective. I'll get back to you on that. And for those following my progress with the gym, the gym is KICKING my A@%! NOT because I am going so frequently that it's whipping me into shape--I WISH. No, I've been like three times in two weeks. I could list all my excuses, but I won't. Gym:8 Me: 3. FOR SHAME...
Posted by Unknown at 9:58 PM

I LOVE feedback--especially the POSITIVE kind...

Come join in on the fun! This is a forum where we can say what we really want to say--not what we THINK we should say. A place where we don't judge--unless it's funny. Then judge all you want... 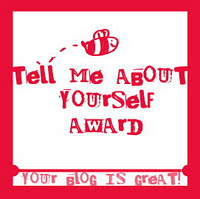